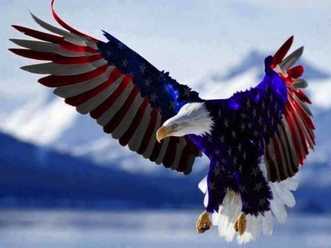 ​Filmed by:
The Villages Conservative Media

Click - ON Photo  Or Title for Full Presentations or Special Events

Donald Trump’s running mate Mike Pence made a stop in The Villages on Saturday afternoon.
Speaking to a standing-room-only crowd at Savannah Center, Pence talked about security, prosperity and Hillary Clinton.
But mostly he talked about his running mate.
The crowd attending the rally waited patiently in a long line to go through the metal detectors to get into the venue. Stan Swies, dressed as Donald Trump, was attending his fifth rally, his first for Pence. Dressed as Trump he goes to the squares in The Villages on Market Night to take pictures with people and to give out information on Trump. Swies’ wife had worked with the Trumps doing charity events.
Stan Swies as Donald Trump with fellow Trump supporters Karen and Joe Weber.
Women for Trump were out in numbers. Women for Trump member Sherrie Hyer often goes to the squares in The Villages dressed as Hillary Clinton in an orange jumpsuit.
Waiting it out in a fully decked golf cart were Cliff and Ruth Gravert and Mary May.  The Graverts, both life-long democrats, have changed their party affiliation and are voting for Trump.
“I believe he is for the American people,” said Ruth Gravert.
One of the youngest supporters in line was Jason Burns, a 19-year-old computer science major at the University of Central Florida in Orlando. He said his enthusiasm for Trump has really gotten him interested in politics all the way down to the local level. His reason for supporting Trump, “Make America Great again, of course.”
UCF student Jason Burns.
Sisters Wanda Brown and Dimple Beck were the first ones in the door. Brown was a Trump supporter from day one.
“Pence just added to it,” said Beck.
The word “deplorables” came up a lot as the crowd waited.
“I came down today not knowing if I would get in, but even if I didn’t get in, I knew I would be with a great bunch of people. Some deplorable, some not,” LiZa Adkinson said.
Standing near Adkinson, Karen Mashburn said she was “proud to be deplorable.”
Ron Michaels
Ron Michaels, sporting a “You’re Fired” T-shirt said he supports Trump for many reasons.
“He is honest, not like his opponent, he is a good businessman and I think he can do great things for the country. Also, he raised his kids right; he is a good family man,” Michaels said.
As the supporters packed the room and the rally began John Callandro, chairman of Sumter County Republican Party, said, “If you are not an NFL quarterback, please stand up for the National Anthem.”
Congressman Ron DeSantis introduced Mike Pence. Pence took the stage and thanked DeSantis for the introduction but stated he prefers a shorter introduction, “I am a Christian, a conservative and a Republican in that order.”
About Trump, Pence said “He just gets it.” He said that he has had a real opportunity to get to know Trump when the cameras are off.
“Other than a whole lot of zeros, Donald Trump and I have a lot in common,” said Pence.
Mike Pence shoots a selfie with a fan at Savannah Center.
His talk brought the crowd to their feet several times. He encouraged everyone to take their enthusiasm and talk to a neighbor, reminding everyone how important Florida is going to be on election day.
He briefly posed for photos and signed autographs before heading out to a Florida Gators football game.
Sept 17, 2016 - Photos at the Gov Pence Event