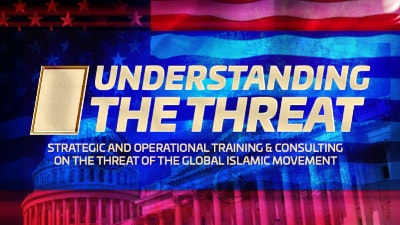 UTT’s Recommendations for the Next Attorney General
The FBI, DHS as well as other federal agencies possess a massive amount of evidence detailing the strength and organization of the Islamic Movement in America.  The evidence reveals that all of the prominent Islamic organizations in the United States have the same objectives as Al Qaeda and the Islamic State – a caliphate ruled under sharia (Islamic law).
Yet, more than 17 years after 9/11/01, federal leaders have not only done nothing about this threat – which constitutes criminal negligence – they have relied on the leaders of easily identifiable jihadi (“terrorists” under U.S. law) organizations to gain an “understanding” of the threat.
This should help the reader understand why America is losing the war against the Global Islamic Movement.
UTT believes this war must be won at the local level with knowledgable citizens forcing pastors, sheriffs, police chiefs, city councils, and others to engage the enemy and aggressively purge them from their cities and counties through all legal means available.  [UTT trains citizens, police and local leaders on how to do just that]
With that said, if the next U.S. Attorney General understands the Islamic and Marxist threats to our Constitutional Republic and understands America’s founding principles, that person could have a significant impact by prosecuting the major Islamic organizations for conspiring to overthrow the U.S. government, materially supporting terrorism, sedition, and a number of other crimes under federal statutes.
We cannot win the war this way, but it would have a significant impact and give local communities room to maneuver.
Two such men UTT recommends to be America’s next Attorney General are Andrew C. McCarthy and the Honorable Joseph Schmitz.

Andrew C. McCarthy is a former Chief Assistant United States Attorney in the Southern District of New York who spent 20 years as a prosecutor and has testified before Congress as an expert on issues of constitutional law, counterterrorism, and law-enforcement.  McCarthy led the terrorism prosecution against the “Blind Sheikh” (Omar Abdel Rahman) and 11 other jihadists for conducting jihad against the United States including the 1993 World Trade Center bombing and the plot to bomb New York City landmarks.  Mr. McCarthy is a contributing editor at National Review, a senior fellow at the National Review Institute, and a Fox News contributor who speaks and writes widely on law and national security, radical Islam, politics, and culture.
Andrew C. McCarthy is the author of Grand Jihad and Willful Blindness, demonstrating he possesses an understanding of the Muslim Brotherhood network, the sharia that drives it, and is not afraid to speak about it.

The Honorable Joseph Schmitz Inspector General for the Department of Defense from April 2002 to September 2005 with statutory policy oversight responsibility for roughly 60,000 auditors, investigators, inspectors, law enforcement officers, and oversight professionals throughout the Department of Defense.  For his service as Inspector General of the Department of Defense, Mr. Schmitz was awarded the Department of Defense Medal for Distinguished Public Service, the highest honorary award presented by the Secretary of Defense to non-career federal employees.  Mr. Schmitz is also the author of The Inspector General Handbook: Fraud, Waste, Abuse, and other Constitutional ‘Enemies, Foreign and Domestic.'”  Mr. Schmitz is a 1978 graduate of the U.S. Naval Academy who also served as a Captain in the U.S. Naval Reserves as the Inspector General of the Naval Reserve Intelligence Command
Mr. Schmitz has published numerous articles and has testified as a constitutional expert before the U.S. Senate Governmental Affairs and Judiciary Committees. From 1995 until 2002, he was an Adjunct Professor of Law at the Georgetown University Law Center, where he developed and taught a seminar on advanced Constitutional Law.
Both of these men have a deep understanding of the Muslim Brotherhood network in the United States, sharia as the enemy threat doctrine, and both understand America’s founding principles and what must be done to keep them intact.