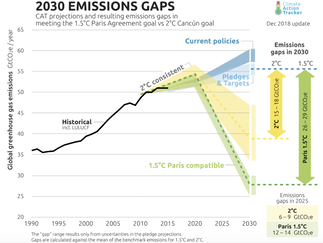 …Another Study Proves Wind and Solar Cost More..
The evidence keeps mounting that renewables are more expensive than coal or natural gas for generating electricity. Which is in addition to wind and PV solar being unreliable and intermittent.
Here is the headline from a recent study done by Sintef, one of Europe’s leading research organizations:
“Developing World: Cashflow analysis shows gas, coal far more profitable than clean energy.”
The author of the study used construction costs in developing countries that were lower than in Europe or the United States, while maintaining the price of electricity constant at 6 cents per kWh to remove that variable from the calculation.
He also noted, “Despite the lower capital costs, electricity prices are similar, resulting in higher returns on investment.” And, that higher rates of return are needed to incentivize investment in developing countries.
Here are the capital costs used in the study for each source: Listed below are the resulting annualized rates of return for each of the sources. Note that coal and natural gas both have ROIs twice those of wind and solar.
The study also concluded that the cost of integrating wind and solar into the local grid would significantly reduce the ROIs for wind and PV solar, so thatthe ROI for wind would be nearly negative, at 0.7%, while the ROI for PV solar would be a negative, -3.1%.
(Integration costs included new transmission lines to bring wind and PV solar generated electricity to where it can be used.)
The study concluded:
“Thermal power generation (especially coal) still easily outcompetes clean energy in the developing world on economics alone.”
Add to that the fact that wind and solar are unreliable.

Climate Action Tracker from Sintef website
The genesis for the study was to determine the effect of varying prices for CO2.
Being part of the EU, Sintef is bound to promote renewables so as to reduce CO2 emissions, as shown by the accompanying chart.
This is why the results of this study are so remarkable and important.
The study arrives at the following damning conclusion:
“Growth [in wind and PV solar] will not even come close to achieving the CO2 trajectories recommended by climate science.”
This is only one of a number of studies that have proven that electricity produced by wind and PV solar are more expensive than electricity produced from coal or natural gas. See, Worldwide Costs for Power Generation,and also, Boring, But Important LCOEs
The fundamental fact is that fossil fuels generate electricity at lower costs than do wind and PV solar.
Books by Donn Dears available OnLine
http://ms1.bigvproductions.com:1935/studio/channel1776bonair/playlist.m3u8