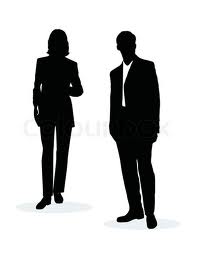 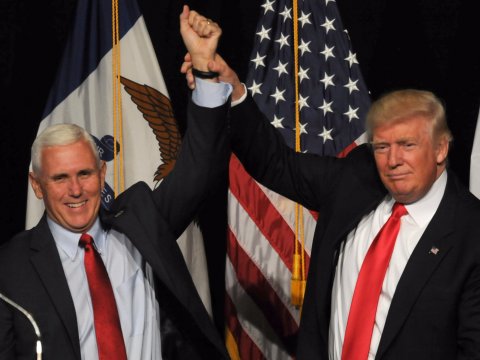 Days After Trump Is Elected, The Surprising Truth About Mike Pence Is Exposed
RAZC
It’s fair to say that until recently, most Americans had never heard of “Mike Pence.” But ironically, this relatively unknown man will soon take the second-highest office in the country.
Today he’s mostly known for being President-Elect Donald Trump’s sidekick, but truth be told, there’s a side of Mike Pence that many haven’t seen.
When I learned more about Mike Pence, my respect and admiration for America’s Vice President-Elect only grew all the more.
Unlike most men in Washington, Mike Pence wasn’t raised in a thriving political household. Instead, Pence carved his own path — fueled by deep convictions which were grounded in his faith.

Michael Richard “Mike” Pence was born on June 7, 1959, in Columbus, Indiana. Pence was the youngest of six children born to devout Catholic churchgoers, Nancy Jane and Edward J. Pence, Jr. His father was a U.S. Army veteran who earned a humble living by operating a gas station.

Pence admits that his parents were never politically inclined. But unlike his family, heroes such as John F. Kennedy and Martin Luther King Jr. caught young Pence’s attention and inspired him to get involved in politics.
Pence revealed, “I grew up on the front row of the American dream. My grandfather immigrated to this country, and I was raised in a small town in Southern Indiana in a big family with a cornfield in the backyard. Although we weren’t really a political family, the heroes of my youth were President John F. Kennedy and the Reverend Dr. Martin Luther King Jr.”
The young Pence soon discovered his voice and even entered an oratorical contest in the fifth grade.
“It shouldn’t have come as a surprise,” said Nancy. “He was always talking. What surprised me was how well he could talk in front of large crowds. I believe it was sponsored by the Optimist Club, and Mike was competing against kids in the sixth, seventh and eighth grades,” his mother said. “When it came his turn, his voice just boomed out over the audience. He just blew everybody away. I had a hard time associating the boy up there speaking with our son.”

Pence graduated from Columbus North High School in 1977 and went on to study history at Hanover College. Throughout his childhood, Pence always clung to his faith and had even considered becoming a priest. But in college, his faith wavered and he eventually decided to turn his back on God.
“I went off to college and had largely walked away from the faith that I was raised to believe in,” Pence told the congregation at First Baptist Jacksonville in Florida.
The handsome young man had given up on religion, but that didn’t stop God’s powerful plan for his life. And it wasn’t long before Pence was surrounded by devout Christians who reminded him of the faith he once clung to.
Pence shared,  “When I got to college, I met a group of folks in a non-denominational Christian fellow group.”Pence recalled the life-changing day he told his fraternity “big brother” that he’d love to get a Christian cross like the one he wore. His friend’s unexpected response left such a powerful impression, Pence would recall it decades later on the floor of Congress.
“Remember, Mike, you have got to wear it in your heart before you wear it around your neck,” Mr. Pence said his fraternity brother told him.
His friend’s convicting message resonated with Pence and months later, he found himself at a Christian music festival. It was there that Pence was again was reminded of the Gospel and all that “Jesus had done” for him. That sermon finally led Pence to take action.
“My heart broke with gratitude and I gave my life to Jesus Christ,” he said.

Pence went on to earn a bachelor of arts degree in history from Hanover College in 1981, and a law degree from the Robert H. McKinney School of Law in Indianapolis, Indiana, in 1986. But for Pence, rededicating his life to Jesus Christ wasn’t the only blessing that came out of college.
Soon after making the decision to follow Christ, a young musician at church by the name of Karen caught young Pence’s attention.
After service one Sunday, Pence approached Karen and discovered that he went to law school with her sister. A few days later, Pence went to the registrar to look up Karen’s sister to get “the scoop” on the pretty guitarist. At first, the registrar refused. But when Pence explained why he wanted the number, the registrar gave in.
Mike called the phone number for Karen’s sister — but to his complete shock, Karen answered instead. Pence was so surprised, he accidentally hung up on her. Pence took a few moments to collect himself and redialed — eventually inviting Karen out to dinner.
Their adorable first date included ice skating and family, and a “bet” that the pair would eventually get married.
That night, Karen’s 10-year-old niece bet Pence $1 that he would marry her aunt.
That little girl eventually won the bet. And the registrar who made it all possible attended their wedding on June 8, 1985.
This year, Mike and Karen celebrated 31 years of wedded bliss — and as their new role in America approaches, the Pence family remains a united front.
“We’ve always been a team,” Karen said. “We’ve always approached it [politics] as a team.”
The future vice president chimed in, “She’s the best part of my life, everything we do in public life, we do together. I can’t imagine it any other way.”

But Mike Pence is not only a devoted husband, but he’s a proud father as well.
Mr. and Mrs. Pence have three children together: Charlotte, Michael, and Audrey.
Throughout his political campaign, the Pence family has shown their true colors. The three children have been incredibly supportive of their dad’s campaign — traveling with him, making calls, and praying for him every day.
Mike Pence is a proud supporter of our troops. Especially due to the fact that his eldest, Michael J. Pence is a Marine Corps officer.
Pence’s eldest daughter, Charlotte is a filmmaker and a writer. According to her website, Charlotte directed a documentary called “For the Records,” which highlights the struggle of mental illness. She was also associate producer and co-writer of “Fleeced,” which won nine regional Emmy awards.
The youngest of the Pence family, Audrey Pence, is a social liberal. She’s independent politically and has voted split ticket in elections. But despite the fact that they don’t share the same views, her dad has been proud of her for thinking independently — and she voted for him in the Indiana governor election.
Audrey revealed, “Probably the person I get the most respect from is my dad. He has always… he tells me so many times, ‘I am proud of you for having your own opinions and looking into things.'”
But even more important than being a family man, Mike Pence considers his faith in Jesus Christ the most crucial aspect of his life.
Pence shared,“I’m a Christian, a conservative and a Republican. In that order.” And added that his “Christian faith is at the very heart of who” he is. Pence continued, “I made a commitment to Christ. I’m a born-again, evangelical Catholic.”

Politics may be new arena for Donald Trump, but Pence — a former six-term congressman — is well aware of the liberal backlash that comes when you take a stand for unborn lives, Israel, and the Second Amendment.
The liberal media’s response to Pence’s election has been nothing short of horrific. Countless headlines mock, name-call, and repeatedly insult the former Indiana Governor and his family. But despite it all, Mike Pence remains steadfast, unshakable, and firm in his stances.
“One thing you can say about Mike Pence is he’s got a very calm, steady demeanor that in some ways is a little Reagan-esque,” said Christine Mathews, a Republican pollster for former Indiana Gov. Mitch Daniels. “He’s a counterbalance to Trump in that way.”

Time and time again throughout this election, the former lawyer has encouraged Americans to respond to hatred with love — and make prayer a priority.
Pence shared, “I would encourage you, if you are inclined to do as the Pence family does from time to time, to bow the head and bend the knee. Pray that America will once again stand tall, stand strong. ‘[Prayer is] the last best hope of earth,’ that’s what Abraham Lincoln called it. It’s still true.”
Watch the powerful video below, as Pence explains why he thinks prayer is important in America:


As countless Americans find themselves in the midst of riots, hatred, hurt, and anger, Pence reminds Americans to use the most powerful weapon in their possession: prayer.
“So, I encourage you. Remember, what’s been true for thousands of years is still true today. That if His people who are called by His name will humble themselves and pray, He will hear from heaven, and He – as He’s always done before – He will heal our land. One nation, under God, indivisible with liberty and justice for all.” – Mike Pence

“If my people, who are called by my name, will humble themselves and pray and seek my face and turn from their wicked ways, then I will hear from heaven, and I will forgive their sin and will heal their land.” 2 Chronicles 7:14
Praise God for our new Vice President-Elect Mike Pence! America needs more men like him! Please keep Pence and President-Elect Donald Trump in your prayers throughout this crucial time as they make their way to the White House.
May God Bless our new Leaders. And May God Bless America! Please share if you agree! 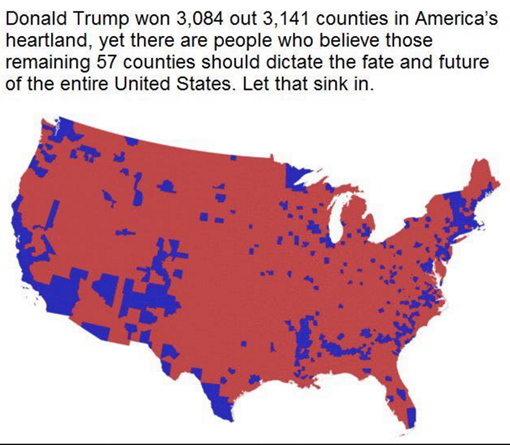