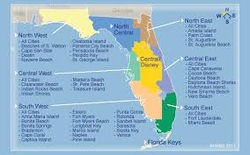 FAQ The Florida Senate
1. When does the regular legislative session begin and end?

2. How often do the houses elect officers?

In November of each even-numbered year, the legislature convenes for the sole purpose of organizing each house. At this organization session, held fourteen days after the general election, members are sworn in, officers are elected, rules are adopted, and the committee appointment process is begun.

3. What are the different types and versions of bills?

4. How can I tell the difference between a House and a Senate bill?

6. What is the difference between an engrossed bill and an enrolled bill?

An engrossed bill is a bill which has been amended. A bill may be engrossed many times. An enrolled bill, which may or may not have been engrossed, is a bill that has passed both houses of the legislature in identical form and has been converted into an act for presentation to the Governor or Secretary of State.

A bill that is contingent upon passage of another bill within that chamber is a linked bill. A trust fund bill, a bill providing a public records exemption, or an implementing bill may be a linked bill.

8. What are the meanings of "identical," "similar," and "compare" as they relate to the companion checking of bills?

9. What does the bill action "in messages" mean?

"In messages" refers to the location of a bill passed by a chamber en route to or residing in the other chamber for consideration.

10. How often is bill information updated on Flsenate.gov?

Flsenate.gov makes it easy to track a bill as it progresses through the legislative process. Every filed bill has a web page that offers current information about the bill and provides links to official documents associated with the bill.  With a Senate Tracker account you can track items throughout the website, view the latest updates on the Tracker tab, and receive email notifications when those items are updated.  For more information, go to the Tracker Help page.

12. How do I find all bills sponsored or co-sponsored by a Senator?

There are two ways to find the bills sponsored by a particular Senator:

13. How can I identify my Senator or Representative?

Flsenate.gov has a page to help you find your legislator.

The address, phone number, and email for each Senator's district and Tallahassee offices are listed on a senator's page. Go to the Senate member page on Flsenate.gov to begin your search.

15. How do I find how a legislator voted on a bill?

Floor votes for a particular bill are available as part of a bill information page on flsenate.gov. Be advised that the information presented is provisional. For an official copy of a legislator's vote on a bill, consult the Senate or House Journal. For more information, call the Secretary of the Senate at (850) 487-5270 or the Clerk of the House at (850) 488-1157.

16. How can I search for a bill on Flsenate.gov?

17. Where can I find amendments that are taken up?

18. What does the underlining and overstriking in bill and amendment text mean?

19. What is the deadline for the Governor to sign a bill?

20. What happens when the Governor vetoes a bill?

By vetoing a bill, the Governor prevents it from becoming a law and sends it back to its house of origin. It is available for consideration until the end of the current session or, if the legislature is not in session when the bill is received, until the end of the next regular session. If two-thirds of the members of each house vote to override (set aside) the Governor's veto, the bill becomes a law.