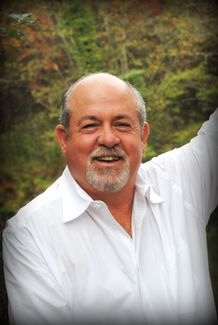 The Campaign Race is “Off and Running” for our first Fruitland Park City Commissioner from The Villages of Pine Hills & Pine Ridge!

On August 28th from 7 am to 7 pm at Moyer Recreation Center, the residents of The Villages of Pine Hills and Pine Ridge will have the opportunity to elect someone from their own neighborhood to represent them on the City Commission for Fruitland Park.  This is great news since these two Villages with the addition of more than 2,200 homes gave Fruitland Park the designation of the fastest growing city, town or village in Florida from 2016 to 2017 according to the U.S. Census Bureau.  Before the Villages, Fruitland Park’s population was right under 6,000, after the Villages, the population soared to over 8,100 which meant Fruitland Park grew by more than a third of it’s population.  However, up until this year, there hasn’t been any representation for this substantial portion of Fruitland Park residents.
That’s why John Mobilian, a resident of the Villages of Pine Hills since 2017 and a Floridian for over 15 years, decided to run when the City Commissioners seat for District 2 became available.   With the expansion of growth, mainly due to the residents of the Villages, there comes a lot of challenges.
One of the biggest challenges is being fiscally responsible with the increased revenue flow and ensuring that the revenue is being spent responsibly.  John has managed his personal life, as well as his service on several Boards, in a very fiscally conservative manner.  Coming from a family with seven siblings and a father that worked several jobs to support his large family, John learned the value of a well-planned budget!  John’s first jobs included dishwashing, unloading trucks, grocery bagger, etc. but after serving honorably in the United States Air Force and years of hard work, he eventually became a pilot and finally an International Pilot for FedEx.  He knows most of the residents in the Villages have similar stories and want to make sure that the person they vote for is going to understand how hard they worked for their money and expect their government representatives to respect that by regulating their spending and taxation.
John feels it would be an honor to serve his neighbors and he will be a trusted voice for all of us.
John Mobilian is “Your Neighbor, Your Voice”
Vote for John Mobilian for Fruitland Park City Commissioner, District 2 on August 28th at Moyer Recreation Center!