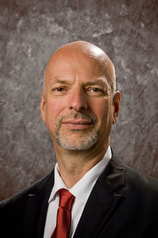 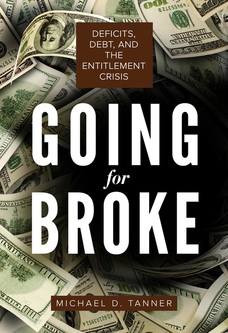 Going For Broke: Deficits, Debt, and the Entitlement Crisis

With the deficit out of the headlines, and the economy growing, it would seem that the worst is behind us. Or is it?

In his new book, Going For Broke: Deficits, Debt, and the Entitlement Crisis, Cato Institute senior fellow Michael Tanner, a recognized national expert on entitlement policy, examines the growing national debt and explains why the looming financial meltdown may be far worse than anyone expects.

Unlike many of his counterparts on both sides of the political spectrum, Tanner not only identifies what is chiefly to blame – massive government spending on uncontrollable social programs  – but offers solid, detailed solutions to these problems.  As Tanner warns, unless the United States learns from the failure of Europe’s welfare state – from France to Greece – and acts now to reform entitlements, we may eventually find ourselves in the same dire situation.

Social Security, Medicare, and Medicaid are at the heart of rising government spending, and any plan to balance the budget long term must soberly address these three programs first and foremost, as they alone account for 47 per cent of federal spending today. As both sides fail to adopt more prudent reforms, it is important to consider new sweeping yet feasible solutions, ones that are centered on restructuring the programs themselves. Tanner lays out the most viable options for overhauling the massive programs – in clear, practical terms.

Michael Tanner’s candid and measured analysis throughout the book is being increasingly sought. Former Director of the Congressional Budget Office Douglas Holtz-Eakin calls the book “a must-read…he charts the path toward a real solution: a social safety net we can both be proud of and afford.” In contrast to the partisan fighting for short-term gain seen in Congress today, Tanner offers effective reforms to Social Security, Medicare, and Medicaid – changes that will improve our lives while preventing a fiscal meltdown.

The Cato Institute is delighted to offer Michael Tanner’s years of work and experience to groups who would like host him to learn more about these critical issues. We also offer special discounted prices for copies of Tanner’s book for you and your group.