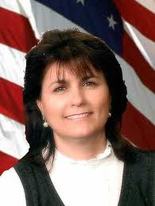 Karen Jaroch is a University of South Florida graduate and licensed professional engineer from Tampa, FL. After working several years in manufacturing, Karen changed professions and followed her passion into politics. In 2009 she co-founded a vibrant, active tea party and then co-led a successful campaign that defeated a local sales tax increase for light rail despite overwhelming odds. Her efforts led to her board appointment to the local transit agency HART. During the 2012 election cycle she served as a field coordinator in the Tampa area building grassroots relations with conservative organizations while managing a top-producing volunteer phonebank and canvassing center.


Topics: Holding Congress Accountable, Upcoming Battles on the horizon in the House, Farm Bill, Immigration Reform and the Internet Sales Tax .. and the Ongoing Obamacare Battle - From the Heritage  Perspective .. plus the Sentinel Strategy Program taking meaningful action for Now and 2014