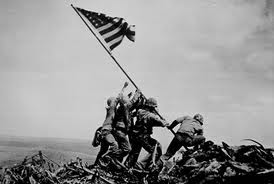 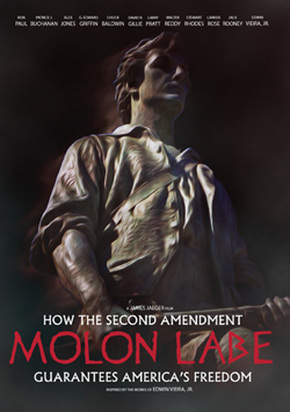 INSPIRED BY The Sword and Sovereignty
by Edwin Vieira, Jr.

History has demonstrated time and again that, to the degree citizens are unarmed or disarmed, government suppression and tyranny areinevitable.

The Founders of the United States knew these lessons well. This is why the U.S. Constitution not only acknowledges and guarantees the "right to keep and bear arms -- but the DUTY to be well-organized as state Militia reporting to their respective governors.

But this duty, as well as the Militia, are often misunderstood. As a result, a "gun-control lobby" has been steadily eroding the original intent of the Founders by passing unconstitutional gun control "laws," funding a standing, global army, and destroying the 300-year old Militia system established by WE THE PEOPLE.

MOLON LABE -- inspired by The Sword and Sovereignty by Edwin Vieira, Jr., available at Amazon -- explores the "power of the sword" and how it guarantees American's freedom.

Watch the trailer for MOLON LABE which includes a clip of Ron Paul, Pat Buchanan, Alex Jones, G. Edward Griffin, Chuck Baldwin, Edwin Vieira, Stewart Rhodes and Larry Pratt and help us raise the marketing budget for this important film by donating what you can.