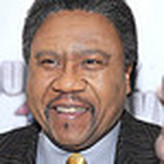 Born and raised in Shreveport, Louisiana, his parents are WWII Veteran L.C. Bryant and Elnola Bryant. He has a Masters degree in Theology and is a Baptist minister and pastor.
He is a member of the Tea Party and has defended the group against allegations of racism.[2][3] He is the founder of OneNationBacktoGod.com and the creator independent film documentary Runaway Slave, "a movie about the race to free the Black community from the slavery of tyranny and progressive policies." [4][5] He is also the author of Lead us to temptation, deliver us to evil.

He has been married 36 years to Jane C. Bryant. They have four children and eight grandchildren.

Bryant has been critical of Jesse Jackson and Al Sharpton for their role in protests over the shooting of Trayvon Martin.[4]
Sept 17th - 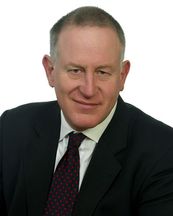 Author of "Barack Obama and the Enemies Within" book endorsed by Glenn Beck ... reaffirmed to The Villages Tea Party members: "You Are Doing the Right Thing  and making a major difference... " Trevor ended a great presentation  by giving our members an uplifting boost to our morale to carry on and closed to a standing ovation...
Trevor knows what is happening in  this country  .... he has crisscrossed this nation talking to Tea Party,  912 Groups and others ....Trevor  is helping us to fight   "A Must Win" and the most important election of our lifetime...  Trevor assured our members  ...  "One day your great great great grandkids will read about the Tea Parties and know that their grandparents were part of America's History and the Second Revolution for Freedom, Liberty and  independence.  Trevor continues to travel and share his message to our fellow patriots.
September 3rd