Avi  Lipkin has spoken to numerous churches, synagogues and civic groups (including radio and  TV appearances). He offers compelling proof that the fanaticism of Islam is the number one threat to world peace today!

In his first book, Is Fanatic Islam a Global Threat? Avi presents his belief that Christians and Jews must forge an alliance to stop Islam’s secret goal to destroy Judaism and Christianity and dominate the world. His second book, released in late 1999, Christian Revival for Israel’s Survival expresses the need for Christians to awaken to their responsibility to stand with Israel in the days ahead.

Avi studied for an MA at Israel’s Conservative Jewish Seminary, is a spokesman for the Israel Defense Force (reserves) and is a former Sr. Editor and translator for the Israeli Government press office under Prime Minister Shamir.

He grew up in the liberal, northeastern part of the US. His experiences there, along with the horrific events of the Holocaust, led him to believe that all gentiles hated the Jews. Wanting to escape this hatred and feeling that the future of the Jewish people lies in Israel, Avi decided to move to Israel (make "aliyah").

After 18 years in Israel, he took up an offer to correspond with a Christian Zionist (thinking this would be a perfect opportunity for his kids to polish up their English). Four years later, after corresponding all that time, Avi’s new friend invited him to come to the US to speak to some groups that included a number of churches.

While speaking at the various congregations, Avi’s perception of "gentiles" took a radical turn. He was surprised to discover many teary-eyed German-Americans with hands raised to God, praying for the peace of Jerusalem. This had a tremendous impact on Avi and he came to realize that he could not hate gentiles who had such a love for Israel. Now after many years, Avi has discovered that he actually had much in common with true bible-believing Christians
.
For the last several years, Avi has traveled extensively throughout the United States, speaking to churches and groups of every size and denomination. He has appeared on TV many times with Zola Levitt, 700 Club, Carlos Ortiz, (in Spanish), J.R. Church, and on radio with Marlin Maddox, Jewish Voice, John Loeffler, Chuck Missler and many others. He has spoken across the country at Calvary Chapels, Prophecy Club, Assemblies of God, Women’s Aglow and more. His many endorsements and recommendations are available on request.

Avi has written five books: Is Fanatic Islam a Global Threat?  Christian Revival for Israel’s Survival, Islamic Threat Updates Almanac #1, Israel’s Bible Bloc, and Islam Prophesied In Genesis.  The first three books were written under the pen name of Victor Mordecai for security reasons, but writes the fourth and fifth books under Dennis Avi Lipkin since he is running for the Israeli Knesset elections at the head of a Judeo-Christian Bible Bloc party called “Gush Hatanakhi” in Hebrew.

Avi also has numerous other products in his website bookstore including audio and video tapes, CD’s and DVD’s.

Avi is married to Rachel, and Egyptian born Jewess who made Aliyah (immigrated) to Israel in 1969 and has worked for Israel’s Radio service in Arabic for the last 25 years monitoring Arabic language broadcast on radio and TV as well as newspapers.

By Will Grant    On his 83rd birthday, we tip our hat to Sergeant Major Billy Waugh.
Billy Waugh is a true American Hero. Ask anyone who knows him, and they’ll tell you the same thing. Many of his enemies are dead, and more than a few of the friends he’s served with long-since retired. In many circles, Waugh is legendary—as a Green Beret, as a CIA paramilitary, as the man who nailed Carlos the Jackal.
“If you look at the dictionary definition of patriot, there’s a picture of Billy there,” says Ray Calafell, a US Army combat-wounded veteran of the Vietnam War and friend of Waugh’s in Tampa, Fla. “He’s a hard-headed Texan. An absolute patriot. In an age of few proper role models, Billy is a hero.”
Saturday, December 1, 2012, is Waugh’s 83rd birthday.
Originally from Bastrop, Texas, he enlisted in the Army on August 24, 1948. He retired as a Sergeant Major and decorated Special Forces veteran in 1972. In 1977, he started a second career with the CIA. He continues to serve, mostly in the classroom, teaching soldiers 60 years younger than him what’s he learned over the years.
“Computers were spawned during my lifetime,” says Waugh, who now owns an iPad. What that means is that he has the breadth of perspective to write a firsthand history book on the range of warfare he’s participated in—from the last years of the Korean War, through the jungles of Vietnam, to Afghanistan in October 2011. “It’s been a lot of fun,” he says.
The most fun in all those years? Hunting and tracking Osama bin Laden in the Sudan in the early 1990s:
“Jogging was my cover to get around the city [Khartoum]. The police follow you for a while, and after about a year, they leave you alone. I jogged by his [bin Laden’s] frigging compound every day, and all his Afghani guards would fake throwing hand grenades at me, and I’d fake throwing hand grenades at them. Pull the pin on nothing and sling it.”
Waugh was wounded eight times and left for dead by the North Vietnamese. He was on the first HALO jump into a combat zone. He trained Libyan armed forces. He guarded US missile secrets in Kwajalein Atoll. He was among the first Americans into Afghanistan to hunt al Qaeda in the wake of 9/11: “We kicked a lot of ass and took a lot of names,” he says. “They didn’t know what the hell had hit them.”
His career has pockmarked the globe like a spray of gunfire. He’s served in more countries than most people will ever visit, and he’s a master of low-profile surveillance. Which is what he teaches to soldiers today. As a capstone to his career, though not to underestimate him operationally or otherwise, he passes on his knowledge with Power Point presentations and lectures. As he says, it’s where he finds enjoyment in life now, whether addressing young captains at JSOC or speaking to civilians.
He recently spoke to schoolchildren at a Veterans Day event.
“It was the first time Billy had ever spoken to kids, and there were 300 of them in the auditorium,” says his friend Ray Calafell. “By the end, they were eating out of his hands. They loved it. After it, he told me it was one of the more satisfying experiences for him.”
Waugh has an engaging, contagious enthusiasm.  He speaks in a thick, twangy Texas accent, and his wit and tongue are sharp as tacks. He has an undying work ethic, driven mostly by his intense patriotism. As Calafell says, he’ll do anything in the world for the people who have earned his trust. And he affects the same on other people.
“I will never let him down. Never,” says Calafell. “But if he comes to you with a ‘good deal,’ run for the hills.”
Waugh’s ‘good deals’ seem to be part of his reputation.
“The boys had a hole cut in the wall at the barracks up at CCN,” Calafell says. “There was a flag covering the hole, and they’d jump out it when they saw the Sergeant Major come looking for volunteers.”
Waugh’s contribution to American freedom is fully known only by those for whom he’s worked. But he has recorded some of his life story, and continues to do so. His book Hunting the Jackal, published in 2005, reads like an espionage novel—probably because his kind of work is what novels are based on. He’s working on a book now to be published sometime next year. It’s the story of three distinct chances the US had to win the Vietnam War.
“It’s a trilogy, really,” says Waugh, “of three separate operations that were just super, super, super top secret. I’m 83, they can’t do anything to me now.”
On Saturday, his birthday, Waugh will go out with a friend to eat chili with jalapenos. He loves jalapenos, like any good Texan. It occurs to him that eating so many jalapenos over the years has kept him full of strength and vigor.
“That’s what’s kept me young,” he says. “If you just keep eating them and gobble them down, you won’t die… One day when I can’t even walk any more, I’m going to quit eating these damn jalapenos.”
AND, Tom Williams - Patriot  Phone Network 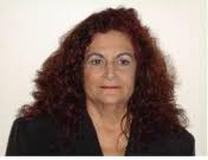 Director of Save America Foundation and leader of their Agenda 21 initiative. Karen is working to bring awareness to the public of this dangerous method to transform our free country into a slave nation to the One World Order
http://www.youtube.com/watch?v=XiQmwiRPVLE
Read Agenda21
PDF Version of UN Agenda 21
The 4 “E’s” of Agenda 21 are not what they appear:

Environment = Nature is more important than man.  The new god is Mother Earth. Phony science creates phony regulations destroying energy independence and Industry.    Each policy and regulation is in place to control more and more of your life.

Join us as we learn the truth together.  You are not alone. Become an AgEnder, American against UN Agenda 21.  Sign up for our newsletter and connect with other Americans involved in Operation Paul Revere.
Your SEO optimized title page contents