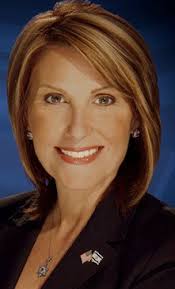 Founder and president of Proclaiming Justice to The Nations Laurie Cardoza-Moore will speak to the Villages Tea Party on Monday, May 2 at the Savannah Center. Doors open at 6 p.m.
Although she began the organization in 2005, the 9/11 attacks prompted her to take action against radical Islamic terrorism.
Along with her strong faith and knowledge from Biblical teachings, Moore pledged to fulfill her duties as a Christian to protect her Israeli brethren.
In 2002, Moore championed a resolution in her home state of Tennessee to support Israel during the War on Terror. Since then, Moore has been an influential force in supporting Israel through PJTN by “exposing terrorist groups, those operating among us.” Just recently, the Algemeier Foundation honored Moore as one of the “Top 100 People Positively Impacting Israel.”
Moore says PJTN combats the new wave of anti-Semitism globally, which she explains occurs even on college campuses and our churches.
She also said that the group campaigns against the BDS Movement: Boycott Divestment and Sanctions.
“BDS is the new platform to deliver the age old…ancient anti-Semitism,” said Moore.
Moore is preparing to premier a documentary, following her visit to The Villages, called “Hating Israel,” which shows the sides of the Israeli-Palestinian relationships that are not covered in the mainstream media.
“Hating Israel,” Moore hopes, will expose the “absolutely ludicrous the false lies that are constantly at Israel.” With two Emmy winning documentaries already, this latest project will be Moore’s third.
While in The Villages, Moore says that her goal is to educate and mobilize her audience to join her cause.
“This is something they [Villagers] could get engaged in. We need those eyes to be able to go through textbooks in the community.”
The textbooks, Moore explains, are the books younger generations read in schools that have underlying anti-Semitism or anti-American themes within them.
She hopes that Villagers could help proofread community textbooks to prevent the spread of these ideas that would force future generations to “not grow up in the America we knew.”
Looking forward to her first visit to The Villages, Moore joked saying “you know you’ve definitely made it” when you get to speak in Florida’s Friendliest Hometown.
Your SEO optimized title page contents