Gary Berntsen  is the Florida state Regional Representative  for Concerned Veterans for America. 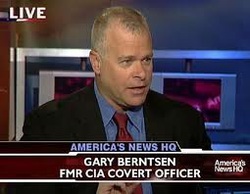 Gary Berntsen is a decorated former Central Intelligence Agency (CIA) career officer who served in the Directorate of Operations between October 1982 and June 2005. During his time at the CIA, he served as a CIA Station Chief on three separate occasions and led several of CIA’s most important counterterrorism deployments including the United States’ response to the East Africa Embassy bombings and the 9/11 attacks. He was awarded the Distinguished Intelligence Medal in 2000 and the Intelligence Star in 2004.

Originally published as a special to The Tampa Tribune

When you think of the countries that are the world’s economic powerhouses, Argentina probably doesn’t spring to mind. Yet just 100 years ago, Argentina was one of the 10 richest nations in the world — ahead of France and Germany.

A century later, the Argentine economy’s disarray reflects a very different story as the country struggles with high inflation, unemployment and spotty growth. What happened to turn this once-proud South American leader into an economic basket case?

One crucial factor, among many, was the Argentinean economic crisis of 1999-2002, which stemmed in large part from excessive government debt.

As a CIA officer in the southern cone of South America, I watched this crisis unfold in real time — and today I see an alarming similarity in the current fiscal mismanagement of the United States.