July 14th - Meeting - Dr. Alan Snyder
Update on the prospects for Republicans taking back control of the Senate. 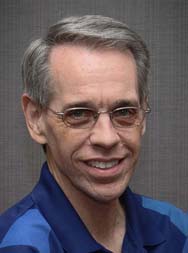 Dr. K. Alan Snyder brings to Southeastern a wealth of experience in and passion for Christian education. After a brief stint as a broadcaster for the Christian Broadcasting Network, Dr. Snyder entered the field of education, serving four years as headmaster of a Christian school. After earning his advanced degrees, he was given a full-time teaching position at Indiana Wesleyan University, but then was asked to join the faculty of the School of Government at Regent University, a master’s-level program, where he taught for seven years, including one year as academic dean of the School of Government. His greatest joy was in the relationships he developed with these graduate students as he helped prepare them to be God’s representatives in the realm of government and public policy.

In 2001, Patrick Henry College offered Dr. Snyder a position, the college’s mainly home-schooled population being a unique draw for Dr. Snyder, who is committed to the biblical mandate that parents are ultimately responsible for the education of their children. After five years there, he came to Southeastern to help further develop the growing history program.

Dr. Snyder is the author of three books: If the Foundations are Destroyed: Biblical Principles and Civil Government, a primer for Christians who need to understand the principles behind civil government; Defining Noah Webster: A Spiritual Biography, which details the life and biblical perspective of the man who has been called the Schoolmaster to America; and Mission: Impeachable-The House Managers and the Historic Impeachment of President Clinton, a Main Selection for the Conservative Book Club in June 2001. Dr. Snyder is currently researching and writing a book on Ronald Reagan and Whittaker Chambers, comparing these two conservative icons’ views on the prospects for the triumph of political freedom in the world.