What is Fast Track and the Trans-Pacific Partnership - Why we need to Stop Fast Track....

Arrow
Click on Arrow at bottom of screen to begin video
Disclaimer:  Special Interviews do not represent an endorsement for a person or organization by The Villages Tea Party.
Please do you own research .. our efforts are to keep you informed on important issues happening in this country.
Contact your representatives by:  Phone, letter, email, FAX or Facebook and Twitter  to register your opinion or concern. 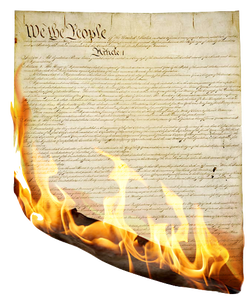 Our Founding Fathers decided that Congress should have authority over trade between nations. The Administration and some in Congress are trying to transfer nearly all that authority to Obama. They call this Fast Track.  It’s an unconstitutional power grab.

The administration has been negotiating in secret, preventing Congress from seeing the negotiation text and excluding the public from the text. Obama knows that if the public knew he was selling America out by way of phony trade agreements, we would be outraged.  We should be outraged!

If Obama bypasses Congress and signs these agreements, it will mean that international tribunals will be allowed override the Constitution, punish America with huge fines, and undermine our state laws!

This may be the last chance we have to get trade agreements right.

CPA is making it easy for you to take action.  Some in Congress are circulating "sign on letters" telling President Obama that they oppose Fast Track trade authority.

Tell your Congressman or Congresswoman to sign the Republican or Democratic Fast Track Opposition letters to the President!