Deborah Weiss, Esq. is a lawyer, writer and public speaker 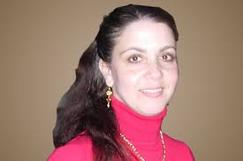 Deborah Weiss currently works for “Vigilance”, an organization dedicated to educating the public on terrorism-related issues.  Previously, she was the Manhattan Director for the Forbes for President Campaign, served as a Counsel for the Committee on House Oversight in Congress, and served as an Assistant Corporation Counsel in the Giuliani Administration.  She is considered an expert in the Defamation of Religions resolutions and is a contributing author to the book: “Saudi Arabia and the Global Islamic Terrorist Network” (Palgrave Macmillan, 2011).  She is a regular contributor to The Washington Times and FrontPage Magazine, and has written for numerous other publications as well.  Ms. Weiss is a survivor of the 9/11 terrorist attack in New York City


Topic: "The Organization of Islamic Cooperation:  Defamation of Religion or Free Speech Infringement?"

The OIC is the largest voting bloc in the UN, yet most people have never heard of it.  It is an Islamist organization consisting of 57 members and claiming to represent the "Muslim voice".  The Obama Administration has been in collusion with the OIC for numerous years, launching an all out attack on all speech that is critical of Islam-related topics, including Islamic terrorism.  Using UN Resolutions, "interfaith dialogue" as well as "peer pressure and shaming", the Obama Administration and various Islamist organizations are clamping down on speech in a manner that is contrary to US Constitutional principles.  It is negatively impacting human rights, religious freedom and national security, yet, the mainstream press isn't reporting on these vital issues.  Come educate yourself on what is happening on an international scale to target the West and bring it into compliance with Islamist values, infringing on YOUR freedom!
Your SEO optimized title page contents