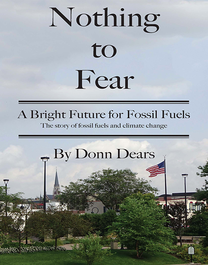 Donn Dears began his career at General Electric testing large steam turbines and generators used by utilities to generate electricity; followed next, by manufacturing and marketing assignments at the Transformer Division. He led an organization of a few thousand people servicing these and other GE products in the United States. He then established facilities around the world to service power generation, transmission equipment and other electric apparatus. Later, he led an engineering department of several hundred people that provided engineering support to nearly a hundred service installations around the world.
At nearly every step, Donn was involved with the work done at customer locations: at steel mills, electric utilities, refineries, oil drilling and production facilities and open pit and underground mining operations. At every opportunity, he learned of the needs of these industries.
Donn has had a close-up view of the eastern province of Saudi Arabia with its oil producing and shipping facilities. He has investigated many of the other oil producing countries in the Mideast and Northern Europe, as well as examining iron-ore mining locations and major shipping centers in Europe and Asia. All told, Donn has visited over 50 countries and has knowledge of their need for the technologies that can improve their well being and their use of equipment manufactured in the United States.
Following his retirement as a senior GE Company executive, he continued to study and write about energy issues.
Donn is a graduate of the United States Merchant Marine Academy and served on active duty in the U.S. Navy. ​

Energy facts from oil to electricityWhat If GPS Dies?APRIL 19, 2016
tags: CO2, energy, GPS, Navy, solar, SunGPS provides extremely accurate positioning information, and is used by the military, as well as commercial entities and ordinary people, to the point that it is now ubiquitous in society.
GPS relies on a system of approximately 30 satellites.
But there is a threat that these satellites could be destroyed in a military conflict. In addition, the signals are subject to spoofing, which is one of the possible explanations for why Navy vessels were captured by the Iranians in Iranian waters.
GPS is relied on by the Navy for navigation, in what is essentially push button navigation.
Yes, sextants and magnetic compasses are available, but they are far less accurate.
Precise locations are required for ships to operate effectively in the modern missile age, where knowing the exact location of the launch vehicle and the target is essential. These precise locations are provided by GPS.
But what happens if GPS is not available?
Why not use the system of navigation that birds and sea turtles use, which is the magnetic field of the Earth.
This is referred to as Geomagnetic Navigation and has been proposed for use by the Navy.
Map of Geomagnetic Fields, from USNI
The system that’s envisioned would result in receivers similar to GPS, with similar accuracy.
What’s needed is a map of the Earth’s magnetic field, which is already available, sensors to accurately identify where you are in the magnetic field, and updates to keep the map current.
Sensors are being developed, but the ability to maintain a real-time map of the Earth’s magnetic field is still needed.
The magnetic field is constantly disrupted by magnetic noise, weather conditions and solar flares.
The ability of solar flares to disrupt the Earth’s magnetic field is another manifestation of how the sun affects the Earth.
It’s the effect of solar flares that makes geomagnetic navigation an interesting sidelight to energy issues and climate change.
It is merely another example of how the sun affects the Earth, and illustrates again why it’s entirely possible that it is the sun that is causing climate change, and not CO2 emissions.
Geomagnetic navigation can become an important alternative to GPS, should GPS fail, and is under investigation by the Navy.
* * * * * *
Nothing to Fear, Chapter 15, An Alternative Hypothesis, explains why the sun may be a better explanation for climate change than CO2.
Nothing to Fear is available from Amazon and some independent book sellers.
Link to Amazon: http://amzn.to/1miBhXy
Book Cover, Nothing to Fear