Oct 4, 2013 - Interview With Keith Flaugh on the 2nd Amendment Preservation Act
Click on Arrow at bottom of screen to begin video.

Fort Myers, FL (October 14, 2013) – Gun Owners of America and the Florida Citizens Alliance announce their endorsement of the Florida Second Amendment Preservation Act. This act would protect individual rights guaranteed by the Second Amendment by declaring any federal acts, laws, orders, rules, and regulations in violation of this amendment invalid in the state of Florida. These organizations look forward to seeing this bill enacted into law in the Florida 2014 legislative cycle.

The Florida Second Amendment Preservation act states, “the Legislature of the State of Florida declares that all federal acts, laws, orders, rules, regulations – past, present or future – in violation of the 2nd Amendment to the Constitution of the United States are not authorized by the Constitution of the United States and violate its true meaning and intent as given by the Founders and Ratifiers, and are hereby declared to be invalid in this State, shall not be recognized by this State, are specifically rejected by this State, and shall be considered null and void and of no effect in this State.” This is a non-compliance bill that prohibits the use of Florida resources to aid federal agents in the enforcement of federal acts that violate Second Amendment rights. The US Supreme Court upheld this concept when it overturned the Brady Bill (US Vs. Prinz, 1997).

Gun Owners of America (GOA) is a non-profit lobbying organization that was established in 1975 to preserve and defend the Second Amendment rights of gun owners. The organization was founded by Sen. H.L. (Bill) Richardson, who continues to serve as the Chairman of Gun Owners of America, offering his many years of experience in politics to the leadership team of the GOA. The Board of Directors at GOA has over 100 years of combined knowledge and experience on firearms, politics, and legislation. They are considered the “no compromise” gun lobby.

The Florida Citizens Alliance is a decentralized grassroots association of activist leaders, citizens, and interested parties across 32 counties (and growing) in Florida who have come together through the need to protect the Constitutional rights guaranteed by the Second Amendment. This organization is currently exclusively focused on educating others and promoting the Florida Second Amendment Preservation bill and State Sovereignty guaranteed by the 10th Amendment of our US Constitution. This alliance was inspired by the SWFL Citizens’ Alliance, a coalition of citizens and groups in Collier and Lee counties, who unite to advance the ideals and principles of liberty including, but not limited to, individual rights, free markets and limited government through education, outreach and community involvement. 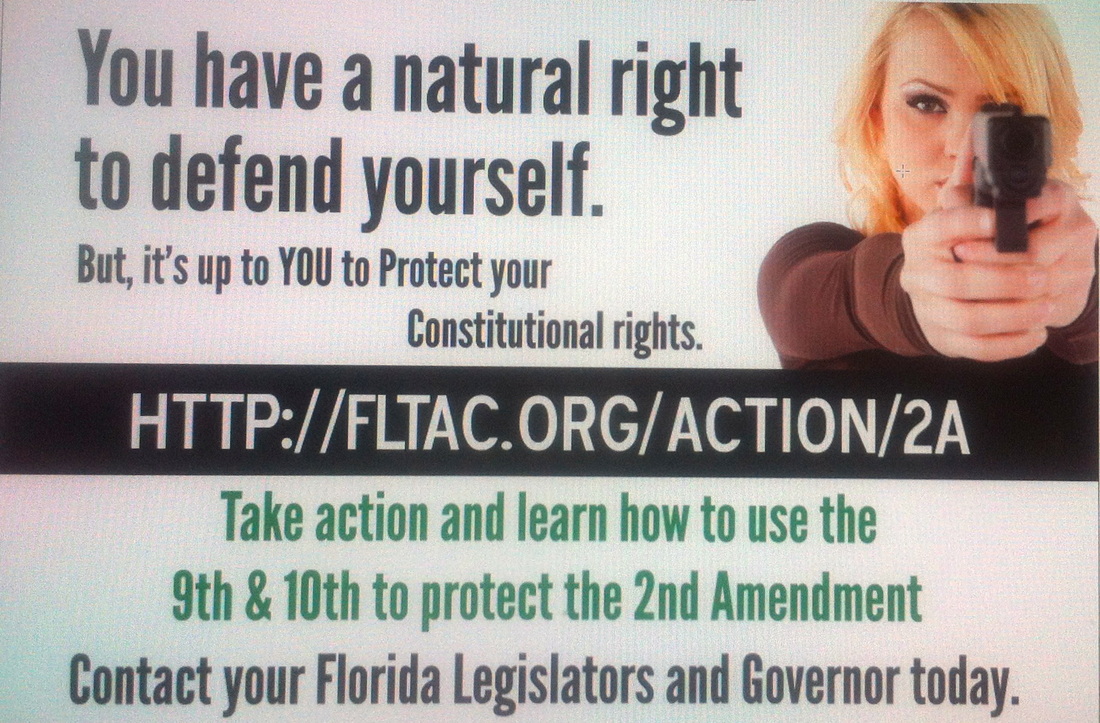