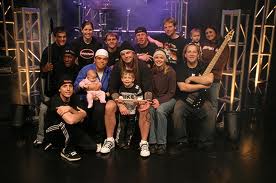 Bradlee Dean is the founder and executive director of the non-profit ministry, You Can Run But
You Cannot Hide International that has reached over 500,000 students in colleges and high
schools across the country. His message is to reconcile this generation to Judeo/Christian
principles found in the U.S. Constitution.
He hosts a nationally syndicated radio show, The Sons of Liberty, and is a syndicated columnist
for World Net Daily. Bradlee Dean recently debuted on FOX NEWS as a part of a radio
extraordinaire guest panel on Fox and Friends, was featured on MSNBC, and has been
highlighted as a top story in various newspapers and magazines across the nation, including
THE NEW YORK TIMES and The WEEKLY STANDARD out of Washington, D.C.